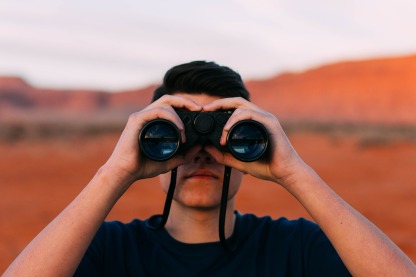 Okay, by all means get me a rocking chair and your nearest porch to rock that baby on – it’ll be well deserved, trust me. Can we just talk about common sense for a minute? Actually can we talk about the fact that it appears to have become some weird superpower or an elusive Black Lotus amongst the citizens of this fine planet.

You only have to walk down the street, sit in a cafe, drive on the road, go on social media, basically have any interaction with people to see that vast gaping hole in their lives where common sense once resided. At least I hope it was there at some point, because at least that gives the somewhat-false sense of security that it can be reinstated at some point. Here’s the thing I want to know though: where did it go?

I put this question to some rather fabulous young minds in a casual conversation and they had a pretty simple answer. They basically said that it is because we’re told how to think way more today than we ever were. Everything is spelt out for us. Don’t do this. Make sure you do this. If you do this, make sure you don’t do this. Everything is watched, documented and scrutinized in the name of public interest. We are being programmed all the time from so many directions that we aren’t given the chance or encouragement to cultivate the essential life skill of common sense. Many of our judgements are prefabricated instead of being able to be developed with simple practical experience. It’s a complicated mess for sure and I am not saying we haven’t always faced these kinds of challenges before. But you only have to sit and watch videos of people choosing to light their arses on fire on social media, or watch people drive on a rainy day or observe people on Black Friday, to feel that we have reached a new low of common sense.

Our kids’ instinct to survive, whatever comes along, needs to be nurtured. You can’t set rules for every single little thing. Always makes me think of this scene in that swashbuckling franchise where they are questioning the ‘Pirate Code‘ and the guy says the code is more about guidelines. That’s what we need in life: guidelines. Guidelines and common sense. If only.

Anyway, I could go on for days about this but I shall spare you. Have thoughts about it? Let me know. What does common sense mean to you? If nothing else let’s get out there and re-cultivate common sense together. Let’s set an example and hope to Zeus that people learn from it. I’m game, if you are. Good luck, my friends 🖖🏼